“The Second Amendment has been debated for years, yet time and again our U.S. Supreme Court has reaffirmed this important constitutional right that I fully support. Twenty-three other states have laws comparable to HEA 1296. Vermont has had a constitutional carry law in place since it became a state, and several other states have had a similar law for more than a decade. HEA 1296, which I’ve signed today, entrusts Hoosiers who can lawfully carry a handgun to responsibly do so within our State.

It’s important to note that if a person is prohibited, under federal or state laws, from possessing a firearm before this law goes into effect, that person will still be prohibited. And if a prohibited person has a firearm, he or she can be prosecuted. Firearm permits will remain available, without fee, to anyone who wants or needs one, such as Hoosiers desiring to carry a firearm to, through or in another state that has reciprocity with Indiana. 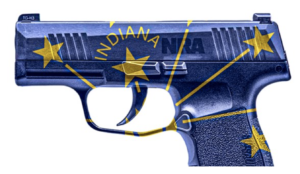